Ingrid Graham is a classically trained dancer, choreographer and educator.  Her performance and choreography affiliations include the Edinburgh Festival, Pacific Northwest Ballet, Brooklyn Academy of Music and the California African American Museum. As a guest artist she performed at Stephen Sondheim’s Gala Benefit in NYC.

Her commercial clients include the Academy Awards, Latin Grammy Awards, Victoria’s Secret and Nike among others. She has produced and choreographed several dance films that have received honors and screened at the Tribeca Film Festival, Lincoln Center for the Performing Arts and the ADF International Screendance Festival at Duke University. Her work can also be found on major network television and film where she serves as a choreographer and movement coach for leading actors in the industry. 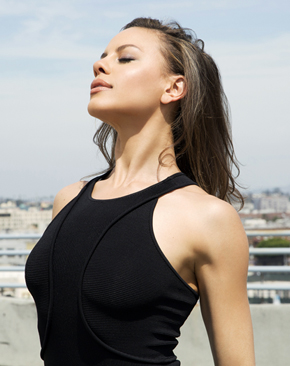 Teaching and mentoring are a significant part of her life. She serves as a mentor and coach for the NAACP’s Afro-Academic, Cultural, Technological and Scientific Olympics. She is on the dance faculty at AMDA College of the Performing Arts in Hollywood. She also coaches pre-professional students throughout the US and Europe.

Graham started her formal dance training at the LaGuardia HS of Performing Arts in NYC. She trained on full scholarship with David Howard, San Francisco Ballet and the Pacific Northwest Ballet. She is a former Hadar Foundation scholar and ballet award recipient from the National Foundation for Advancement in the Arts.